Acupuncture has a clearly recorded history of about 2,000 years, but some authorities claim that it has been practiced in China for some 4,000 years. Over time as different dynasties ruled China, the art and science of traditional Chinese medicine remained the principle form of medicine that was used to treat all disease, injury and illness. In the nineteenth century, a war torn China was infiltrated with medical missionaries who brought the ideas of western medicine to the East. When the communist party took power in 1949, acupuncture gained new momentum. During the early 1950’s, the previously established Western hospitals and clinics in China began to study acupuncture and its clinical significance. They began teaching acupuncture and Chinese herbal medicine and using it to provide treatments for patients. Over the years, thousands of case studies have been recorded for various disease conditions from these hospitals and clinics all over China. Acupuncture then became very popular in North America after President Nixon’s visit to renew relationships with the Chinese in 1970. During the trip, a member of his staff required an appendectomy, which he received in a Chinese hospital using acupuncture as the only form of anesthesia. Soon after this impressive encounter, President Nixon helped to organize a cultural exchange of medical practitioners between the US and China. 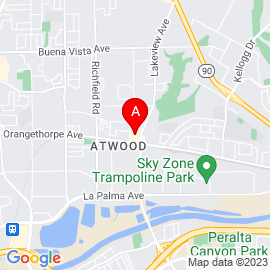 Download Forms For Initial Acupuncture Treatment Through This Link  https://drive.google.com/drive/folders/1g7eGzDTpkf0Sd99FC3RIXL3jM7s-_1Yz?usp=sharing

Download Forms for Initial Cosmetic Acupuncture Through This Link https://drive.google.com/drive/folders/15sFdm8B6yNmcjQ4c0Z1qT9hsAXsmP02M?usp=sharing